Playboy has been in print for long enough that older issues can seem collectible. While early issues in mint condition can be valuable, most magazines will be worth less than $10, probably hovering around $1.This is true regardless of how many consecutive magazines you may own. 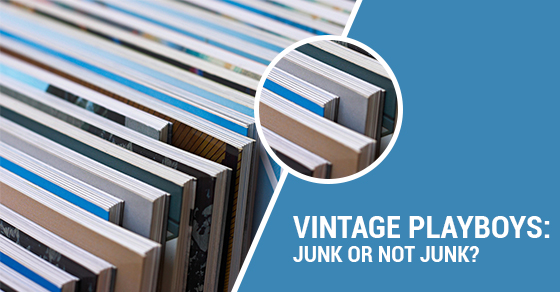 Marilyn Monroe is the Classic Issue

The first Playboy issue featured the famous star in 1953 with her trademark grin and golden curls. One such copy has sold for $2000 on an eBay auction since it’s relatively rare being over 50 years from its original publication. Although various stars have graced the covers, those issues won’t come close to the value of Marilyn’s, such as:

The following copies that are in good condition can command between $30 and $40:

At this stage, you can sort the valuable issues from the less collectable ones and take steps to either store them properly to prevent it from damage (moisture, fading, and other deteriorating factors). For all the other issues, consider selling them at a garage sale or simply removing them from your home altogether.